He was charged $6,500 by the ER for six stitches. It's no wonder his critically ill wife avoided the ER.

Jason and DeeAnn Dean recently relocated to her hometown of Dellrose, Tennessee, where she grew up on a farm. Both in their late 40s, they’re trying..

Jason and DeeAnn Dean recently relocated to her hometown of Dellrose, Tennessee, where she grew up on a farm. Both in their late 40s, they’re trying to start a green dream business that combines organic farming with a health and wellness consulting company. They want to inspire people to grow their own food in this fertile rolling farmland, just north of the border with Alabama.

Until the business fully launches, Jason is working construction. In May, he was injured on the job site when a piece of sheet metal slipped and caught him on the kneecap. He bled quite a bit. After closing the wound with a butterfly bandage, he thought that might be enough. But on his drive home, he figured it’d be best to have a professional stitch it up.

It was late in the day, and the emergency room seemed the best option since his doctor’s office was closed. He and DeeAnn had opted for a health plan with lower monthly payments and a high deductible. So, he knew the cost of care wouldn’t be cheap — and he was right. When the bills for thousands of dollars came, they were shocked. They were in the midst of fighting them in August when DeeAnn started feeling as bad as she’s ever felt.

“I haven’t eaten. I’m not drinking. I have a horrible fever. I can’t get out of bed. I’m shaking,” she said.

She was pretty sure she had contracted covid-19 — the delta variant was surging across the South. The natural-health fanatic was kicking herself for putting off vaccination. She got tested and the result was negative. She visited a doctor the next day, who said her condition was bad enough to go to the ER — but she regarded that option as financially unacceptable.

“That is fear,” said DeeAnn. “If they charged Jason this much, what would they charge me?”

She was terrified of a potential bill from the same ER in Pulaski, Tennessee, that had treated her husband. So even though she was deliriously ill, she hit the road in search of cheaper treatment, asking her parents to drive her. They headed south first to an ER in Huntsville, Alabama, but it was so full of covid patients, she would have had to wait all day. Then, they drove north nearly an hour to Maury Regional Medical Center, a public hospital in Columbia, Tennessee, where she was diagnosed with Rocky Mountain spotted fever, a potentially deadly tick-borne infection. She got treatment with appropriate antibiotics and IV fluids.

“I would have had organ damage or possibly death in a few days,” she said.

And then the bills came.

The Patients: Jason and DeeAnn Dean, entrepreneurs and aspiring organic farmers who bought a BlueCross BlueShield of Tennessee insurance plan with a deductible of $8,000.

Medical Services: Jason received six sutures for a laceration on his knee and a tetanus shot. DeeAnn received diagnosis and treatment for Rocky Mountain spotted fever.

What Gives: The Deans were snagged by a host of major problems in American health care: very high billing, obscure pricing, high-deductible insurance plans and few options for care in rural areas. The net result could have cost DeeAnn her life.

When Jason went to the only local ER for stitches, the staff assured him his insurance would cover the treatment. “I’m not versed in medical billing or medical law,” he said. “So I said, ‘Let’s go ahead and stitch it up.’” 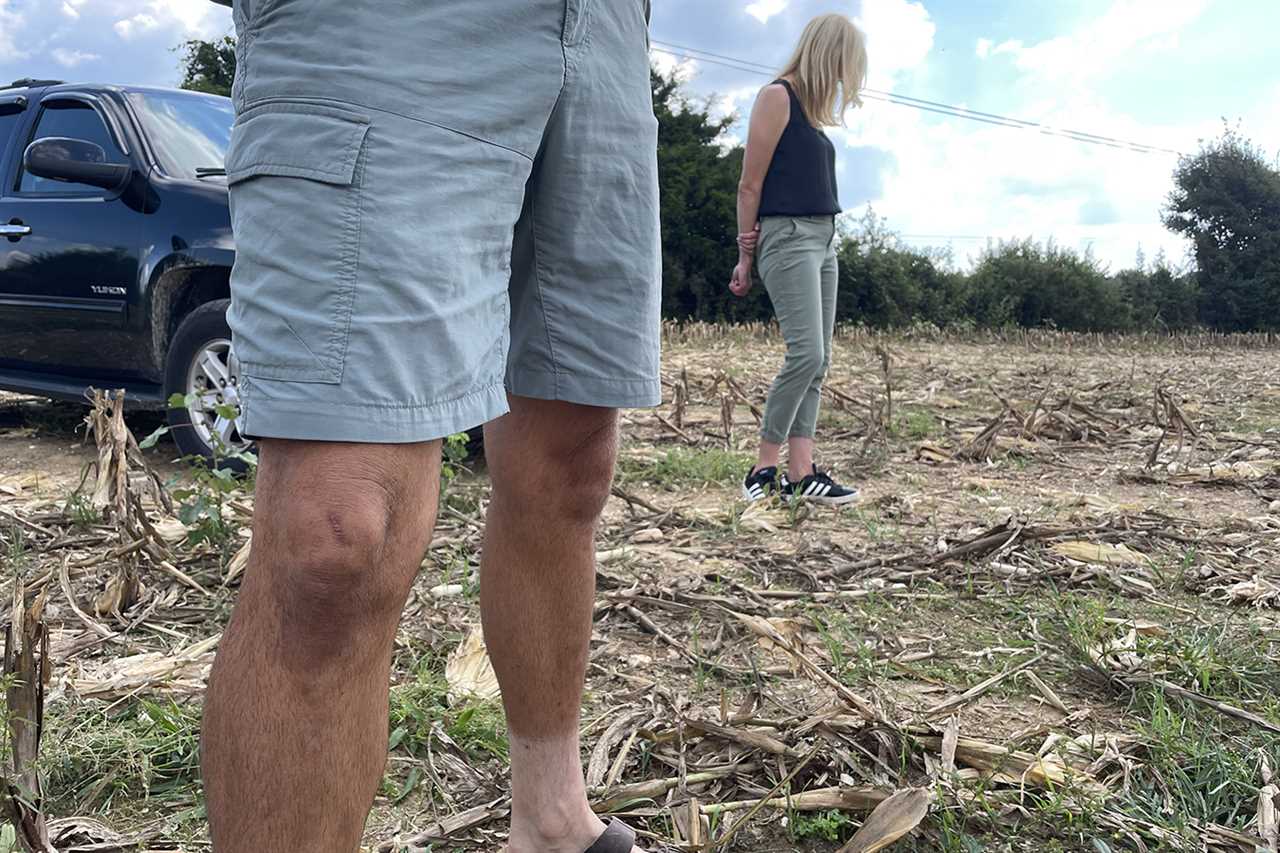 It took 30 minutes. Despite his questions about coverage, no one ever told him what he would be charged. He guessed no more than $1,000 for the 30-minute visit.

LifePoint Health, the hospital’s owner, is a large hospital chain headquartered in Nashville that specializes in rural hospital operations. The ER physicians, who sent a separate bill for $2,007 (discounted to $886.80), are part of TeamHealth, based in Knoxville. His ER visit was coded as Level 4 on the five-level scale. A Level 4 is supposed to require a detailed examination and medical history, along with decision-making of moderate complexity.

Both the physicians and the hospital are part of companies recently taken over by private-equity investors. TeamHealth has been sued by the nation’s largest health insurer, UnitedHealthcare, for overusing Level 4 and Level 5 charges on bills. It’s a practice insurance companies refer to as “upcoding.” TeamHealth calls the accusation an attempt at “downcoding” a physician’s expertise.

Both companies, through spokespeople, essentially said Jason’s charges are what they are. LifePoint wouldn’t discuss specifics.

DeeAnn was still worried about her Maury Regional bill, especially after a battery of tests and being hooked to IV fluids. But, despite the high level of care she received and having the same high-deductible plan as her husband, she’s out only $600 — an amount she said she will gladly pay.

As is so often the case with Bill of the Month sagas, the question of responsibility has all sides blaming the others. TeamHealth, the ER staffing firm, which controls billing in an estimated 17% of all emergency rooms, blames insurers for selling high-deductible plans. And patients.

“Unfortunately, it is all too common that patients are not knowledgeable about their financial responsibilities under high-deductible plans,” TeamHealth spokesperson Greg Blair said in a written statement.

And the high prices do come at a cost for people’s health. For 1 in 10 Americans, according to the Peterson-KFF Health System Tracker, costs cause patients to put off necessary care. 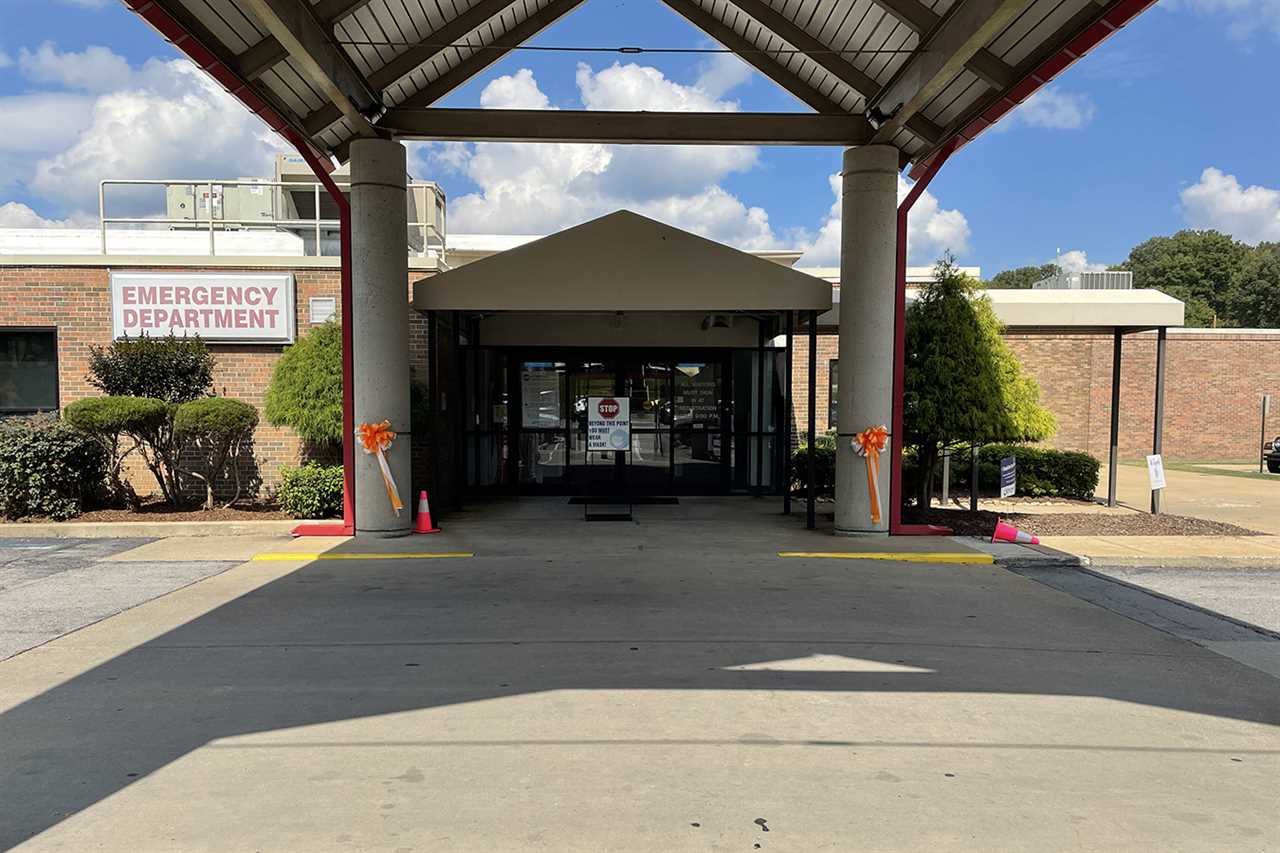 Resolution: The Deans spent hours on the phone, asking the hospital and the physicians’ group to review the charges for Jason’s $1,000-per-stitch care. Both companies are sticking by the original bills. But the Deans are still fighting.

DeeAnn said they regret gambling on a high-deductible plan. But the difference in monthly premiums was substantial compared with low-deductible plans, especially when they’re launching a business, and the risk seemed minimal given their lack of chronic conditions and focus on healthy living.

Pulaski is lucky to still have a hospital, though. Southern states — and Tennessee especially — have seen rural hospitals close faster than anywhere else in the country. It’s a phenomenon routinely blamed on the lack of Medicaid expansion, which leaves many people uninsured.

“I get it,” DeeAnn said. “But that doesn’t mean they get to take advantage of the people going through there.” 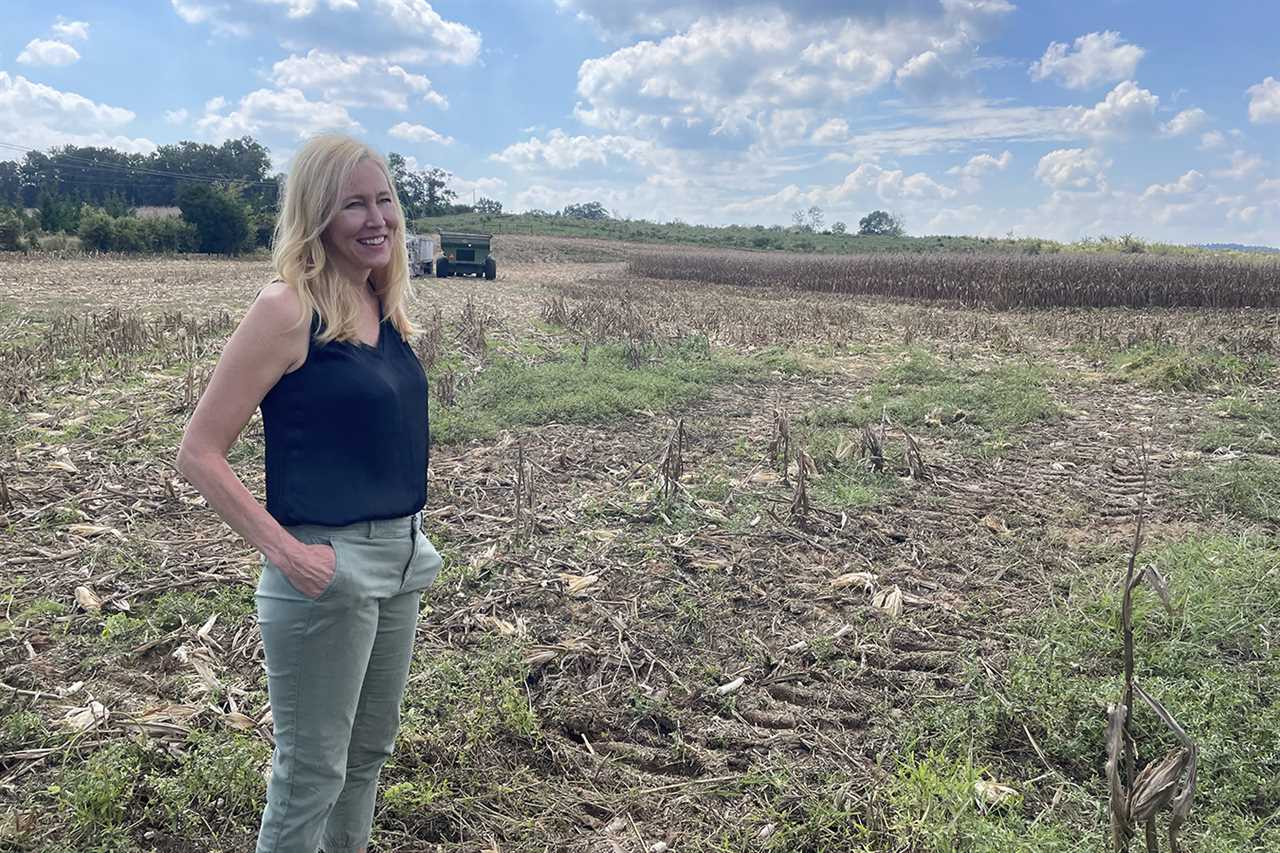 The Takeaway: It is a national tragedy that many Americans avoid or defer needed medical care because of fear of costs. Still, there are steps you can take to protect yourself.

Emergency rooms are expensive places, so think twice before using them — although, in many circumstances, they are the only option on nights and weekends, particularly in rural areas.

Don’t be reassured by a provider’s insistence that your insurance should cover treatment. If you have a high-deductible plan, “you’re covered” doesn’t mean much because you’re responsible for — in Jason’s case — the first $8,000 in charges. Also, even if your insurer, in theory, covers your medical encounter, you may receive big bills from doctors outside your network or be required to contribute a hefty coinsurance share under the terms of your plan.

You can ask whether the self-pay cash price is an option — thereby waiving your insurance. But many facilities will require those who have insurance to use it — knowing they can bill higher prices that way.

If a physician gives you the option of having a lab test, MRI or X-ray on the spot in the ER versus doing it once you’re discharged, choose the latter. Tests run while in the ER are often many times more expensive than elsewhere. After your visit, check how it was coded. If the bill says Level 4 or 5 and the visit was fairly simple, ask more questions. Here’s a handy chart with descriptions of the five CPT (current procedural terminology) codes for the levels of ER service.

Finally, it’s worth knowing in advance who staffs the emergency departments of hospitals in your area, especially if you have a high-deductible plan. Are the doctors employed by the hospital or are they employed by a private-equity-owned staffing firm? The latter type of arrangement, research shows, often means high prices and more aggressive billing. Driving a few extra miles could save thousands of dollars.

Bill of the Month is a crowdsourced investigation by KHN and NPR that dissects and explains medical bills. Do you have an interesting medical bill you want to share with us? Tell us about it!

Did you miss our previous article...
https://commercial.healthcare/health-care/healthcare-is-not-a-part-of-the-us-inflation-sugge-who-knew 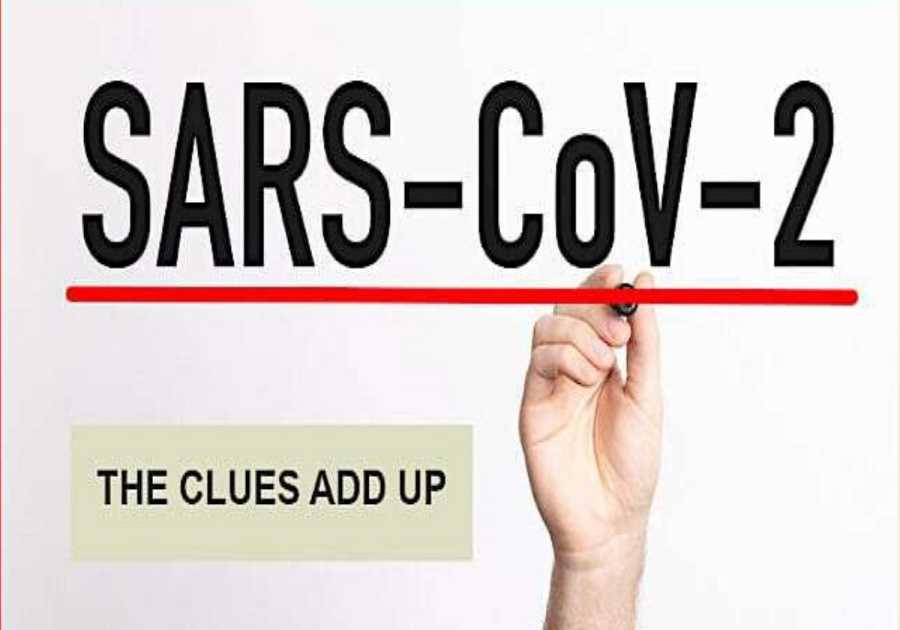 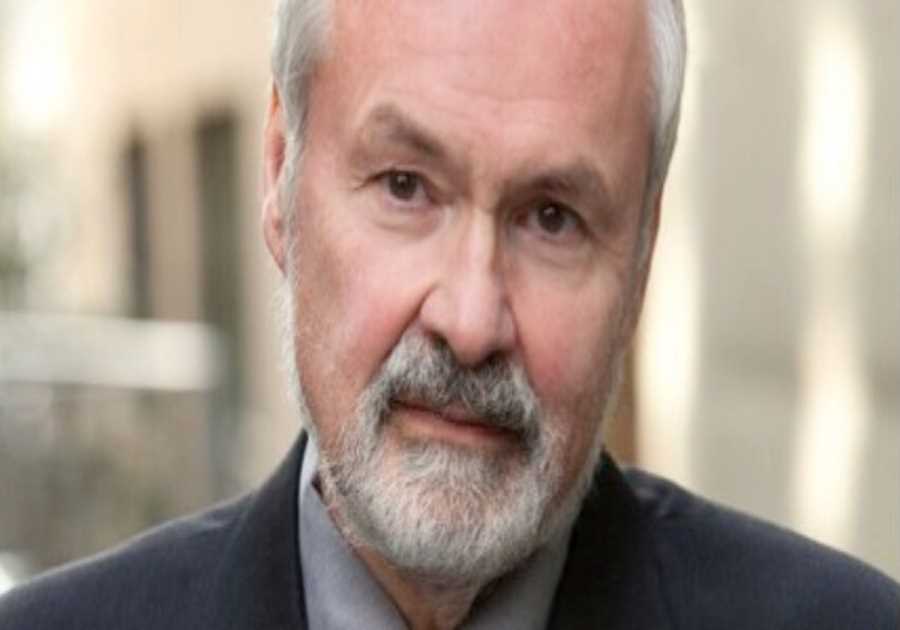 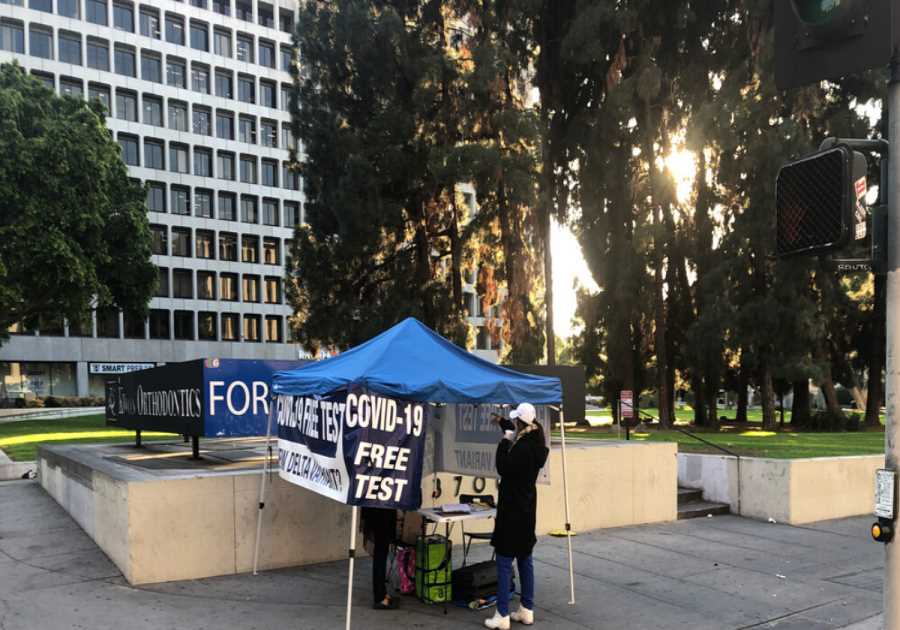 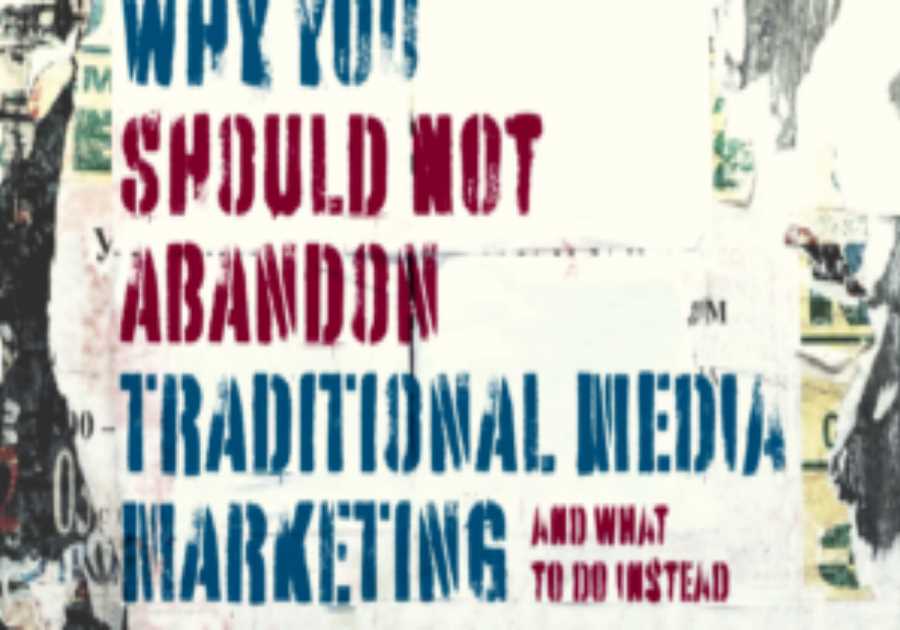 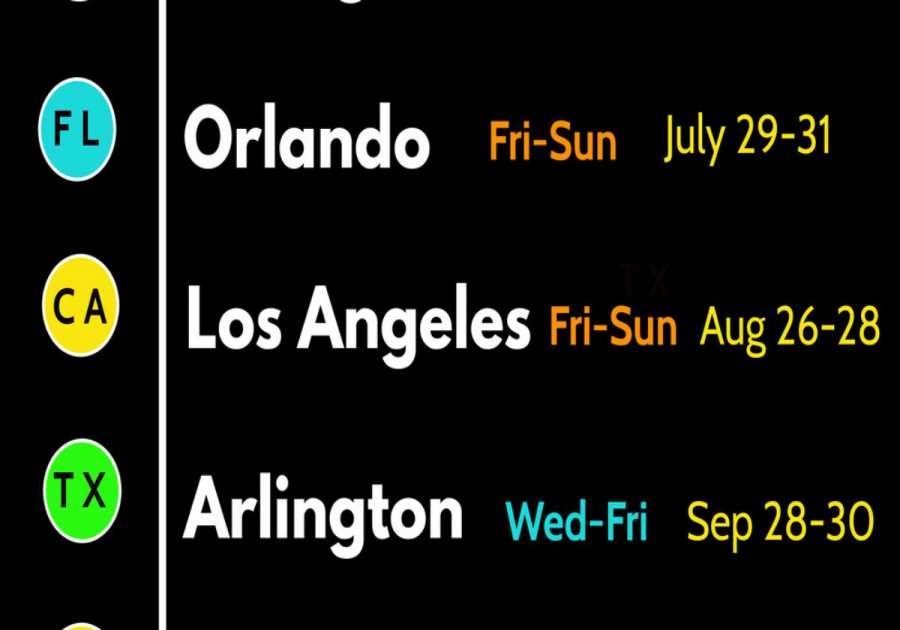