Jamie Taylor received two letters from the Missouri Department of Social Services Family Support Division that began, “Good news,” before stating that she was denied Medicaid coverage. Her income exceeded the state’s limits for the federal-state public health insurance program for people with low incomes.

Missouri officials now blame the incongruous greeting for the decidedly bad news on a computer programming error, but it was just the beginning of Taylor’s ongoing saga trying to get assistance from Missouri’s safety net. Taylor, now 41, spent hours on the phone, enduring four-hour hold times and dropped calls, and received delayed mailings of time-sensitive documents to her home in Sikeston.

Taylor’s struggles are not uncommon in Missouri or even nationally. Instead, they are part of what the National Association of State Medicaid Directors’ executive director, Matt Salo, called “the next great challenge that government has to solve.” Namely: the extremely outdated technology used by a humongous web of government agencies, from local public health to state-run benefits programs.

Although many people like Taylor struggled with these systems before the pandemic began, covid-19 exposed just how antiquated and ill equipped many of them were to handle unprecedented demand. For example, while private-sector businesses beefed up the ability to stream TV shows, created apps for food deliveries, and moved offices online, public health officials tracked covid outbreaks by fax machine.

In response to the new light shed on these long-standing problems, momentum is building for government tech updates. The pandemic also has created once-in-a-generation pools of money from pandemic relief funding and higher-than-expected tax revenues to fund such projects.

President Joe Biden issued an executive order in December calling on benefits enrollment to be streamlined. State lawmakers are urging the use of unspent covid relief money to address the issue.

That’s critical because outdated information systems can trigger ripple effects throughout the public benefits system, according to Jessica Kahn, who is a partner at the McKinsey & Co. consulting firm and previously led data and systems for Medicaid at the Centers for Medicare & Medicaid Services. One example: Online benefits applications that are not user-friendly can push more applicants to call phone help lines. That can strain call centers that, like many industries, are having difficulty meeting staffing needs.

Some states are already eyeing improvements:

Recent history suggests these fixes may be easier said than done. More than 10 years ago, the Obama administration invested $36 billion to develop and mandate the national use of electronic health records for patients. Despite the billions invested, the digitizing of patients’ records has been plagued with problems. Indeed, to get reimbursed by their insurers for purchases of rapid covid tests, a requirement imposed by the Biden administration, patients have to fax or mail in claims and receipts.

The Affordable Care Act also offered a chance to improve state technology infrastructure, according to Salo. From 2011 through 2018, the federal government offered to cover up to 90% of the funds necessary to replace or update old Medicaid IT systems, many of which were programmed in COBOL, a computer programming language dating to 1959. Those updates could have benefited other parts of the government safety net as well, since state-administered assistance programs frequently share technology and personnel.

But, Salo said, the ACA required these new Medicaid computer systems to communicate directly with the health care exchanges created under the law. States faced varying degrees of trouble. Tennessee applications got lost, leading to a class-action lawsuit. Many states never fully overhauled their benefit systems.

During the pandemic, tech issues have become impossible to ignore. Amid the early lockdowns, hundreds of thousands of people waited months for unemployment help as states such as New Jersey, Kansas, and Wisconsin struggled to program newly created benefits into existing software. Local and state vaccine registration sites were plagued with so many problems they were inaccessible to many, including blind people, a violation of federal disability laws.

Underfunding is nothing new to public health and safety-net programs. Public officials have been reluctant to allocate the money necessary to overhaul dated computer systems — projects that can cost tens of millions of dollars.

Missouri’s safety-net technology woes are well documented. A 2019 McKinsey assessment of the state’s Medicaid program noted the system was made up of about 70 components, partially developed within a mainframe from 1979, that was “not positioned to meet both current and future needs.” In a 2020 report for the state, Department of Social Services staffers called the benefits enrollment process “siloed” and “built on workarounds,” while participants called it “dehumanizing.”

Taylor has experienced that frustration. Eight years ago, a mysterious medical condition forced her out of the workforce, causing her to lose her job-based health insurance. At various times, she’s been diagnosed with ulcerative colitis, Crohn’s disease, gastritis, inflammatory bowel disease, and gastroparesis, but lacking insurance and unable to qualify for Medicaid, she was forced to seek treatment in emergency rooms. She has been hospitalized repeatedly over the years, including for 21 days combined since July. She estimated her medical debt tops $100,000.

When Taylor applied for Medicaid over the phone again in October, she received a rejection letter within days. 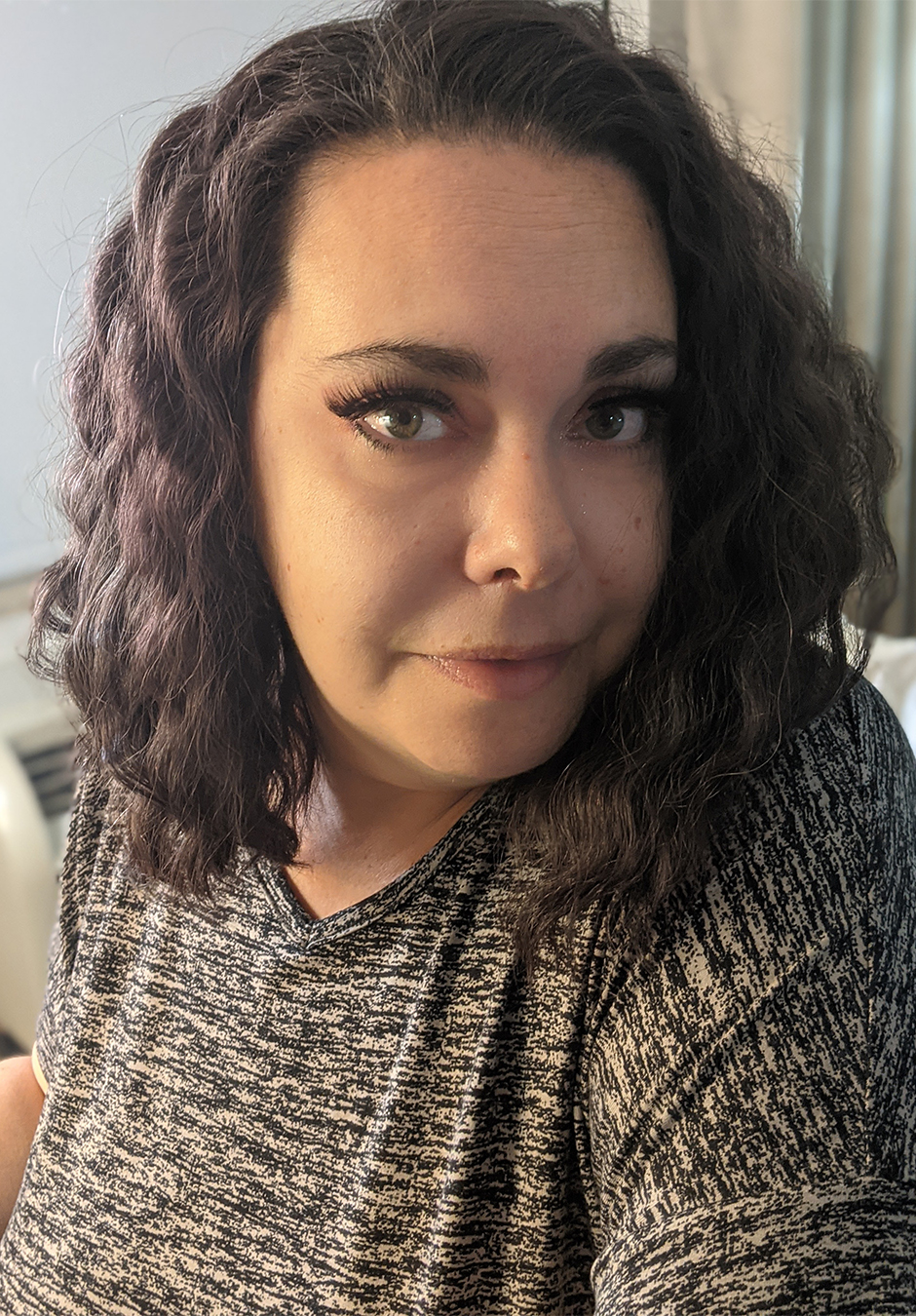 At a loss because her family of three’s $1,300 monthly income now falls within state income limits since Missouri’s 2021 expansion of Medicaid, Taylor reached out to state Rep. Sarah Unsicker. The Democratic lawmaker represents a district 145 miles away in St. Louis, but Taylor had seen her championing Medicaid expansion on Twitter. After Unsicker queried the department, she learned that a default application answer had disqualified Taylor from getting Medicaid because it incorrectly listed her as receiving Medicare — the public insurance designed for older Americans that Taylor does not qualify for.

“Within 24 hours, I had a message back from Sarah saying that another letter was on the way and I should be much happier with the answer,” Taylor recalled.

Finally enrolled in Medicaid, Taylor is now struggling to get nutrition assistance, called SNAP, which in Missouri is processed through a separate eligibility system. The programs have similar income requirements, but Taylor was not able to verify her income over the phone for SNAP as she could for Medicaid.

Instead, she received a letter on Nov. 26 requesting her tax returns by Nov. 29. By the time she was able to locate and email those documents on Dec. 1, she had been denied. Every call to sort out the issue has been met with hold times upward of four hours or queues so full that her call gets dropped.

Medicaid and SNAP applications are combined in 31 states, according to a 2019 analysis from the Code for America advocacy group. But not in hers.

“It just doesn’t make sense to me why Medicaid can verify my tax income over the phone, but SNAP needs me to send them a copy of the whole thing,” Taylor said.

Eventually, she gave up and started the whole process over. She’s still waiting. 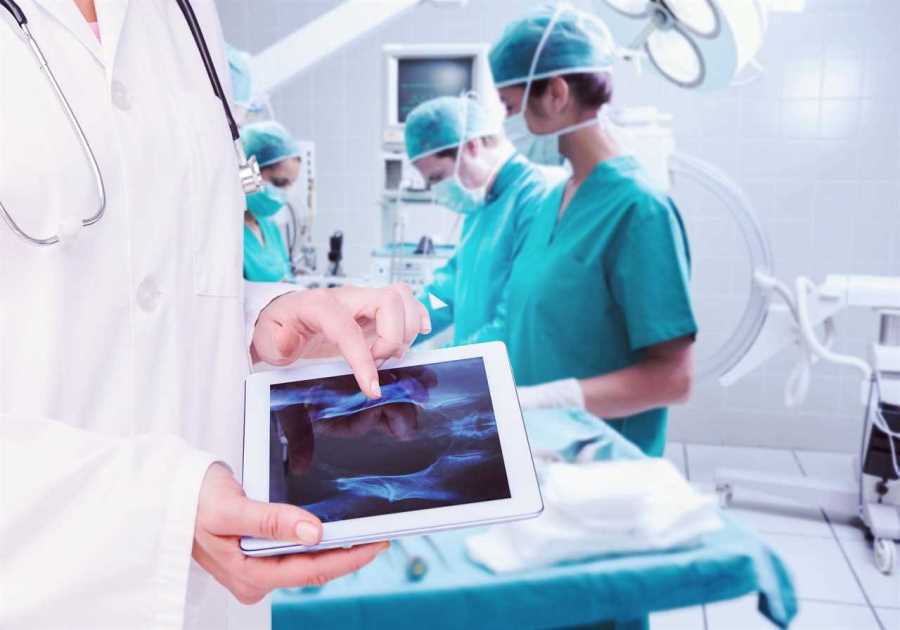 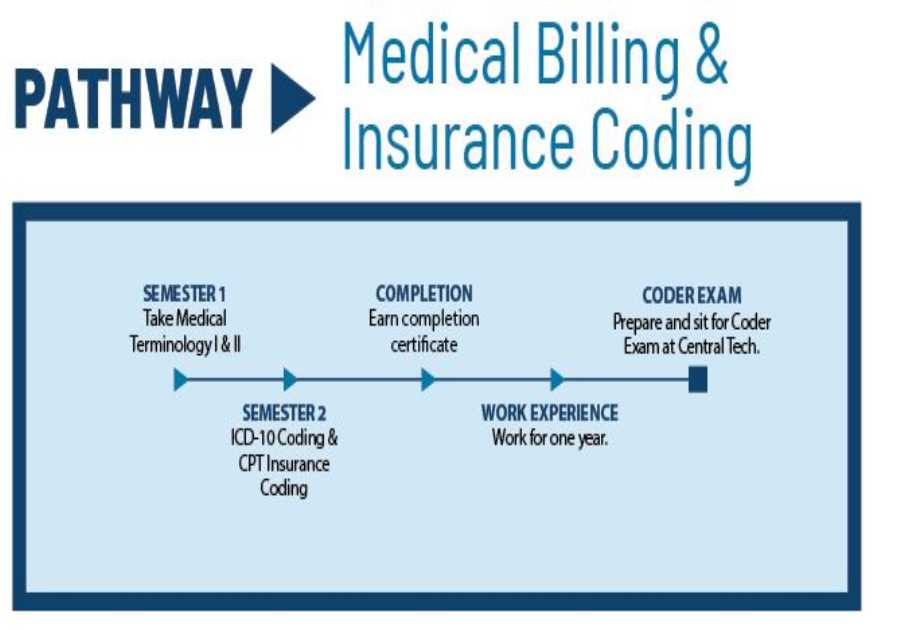 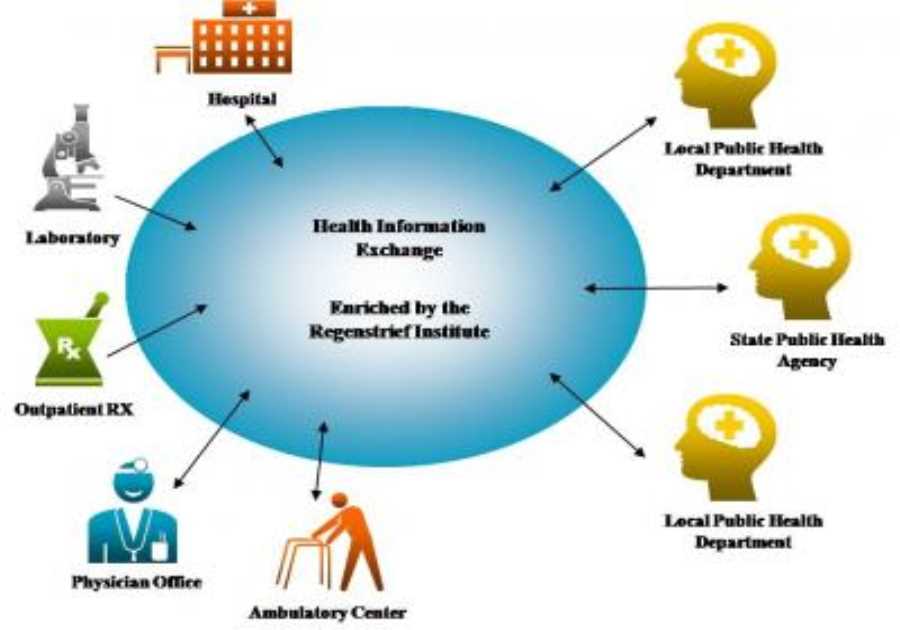 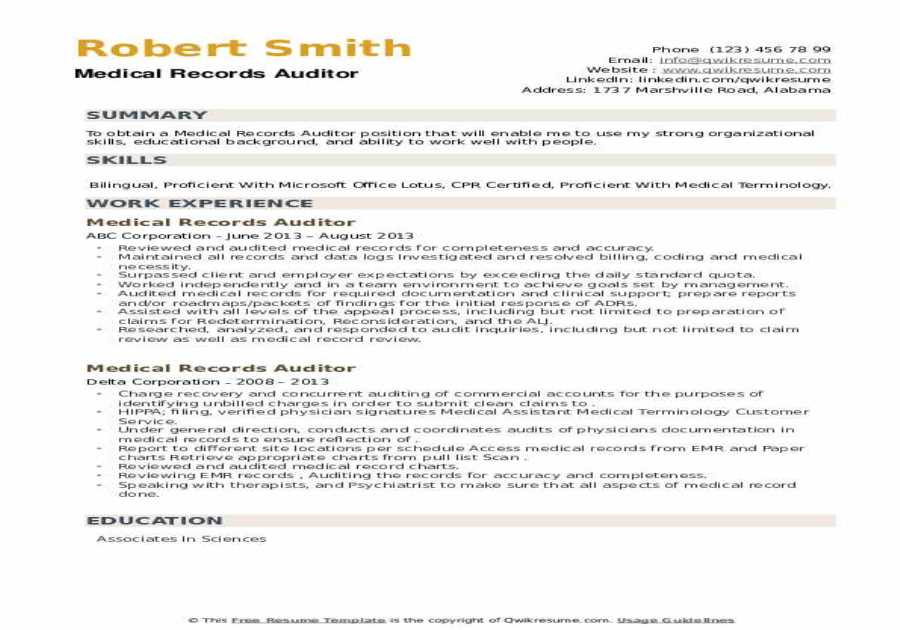 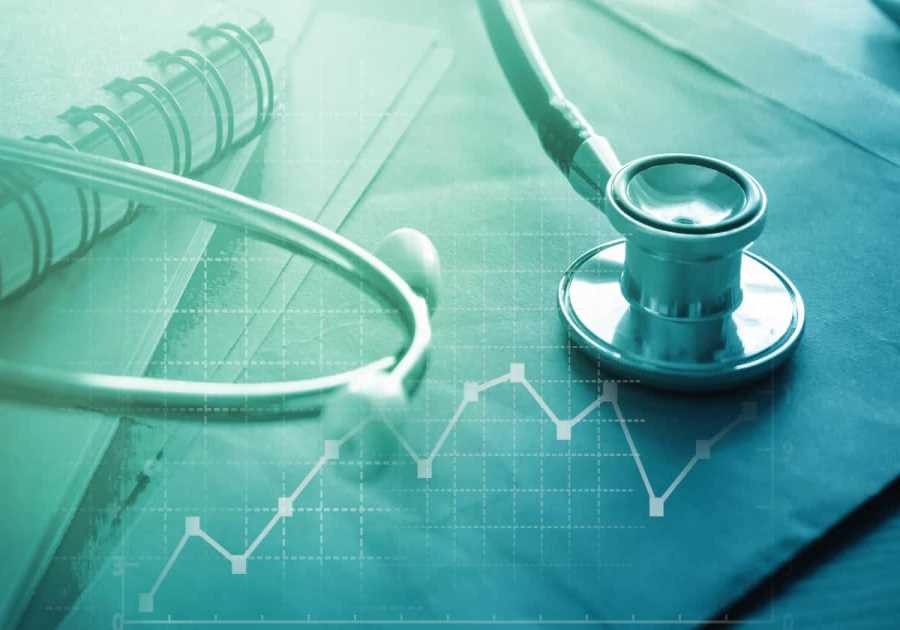 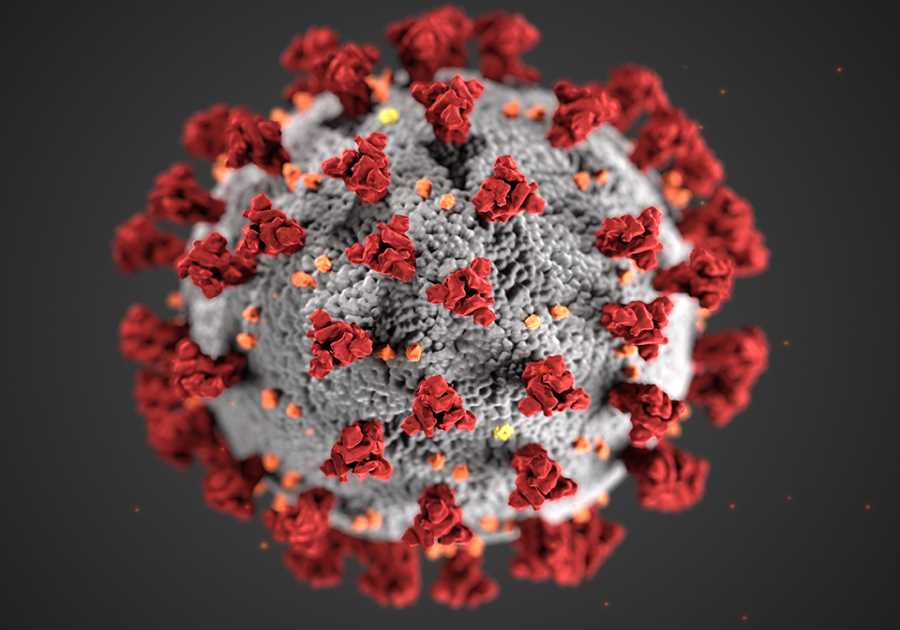